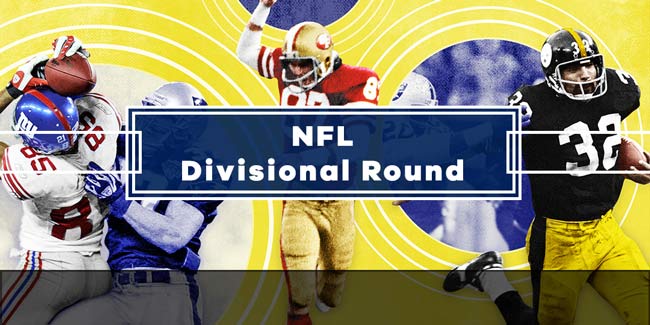 The Wildcard Weekend threw up some shocks but we went 3 out of 4 for our picks thanks to betting with the spread. It was just the Patriots letting us down as they fell to the Tennessee Titans at home in what could be Tom Brady’s last game for New England, but this week we’ll aim for a 100% record! Check below our NFL Divisional Round Picks!

The Minnesota Vikings pulled off an amazing win against the New Orleans Saints, with Kirk Cousins proving that he can do it on the big stage. The problem Minnesota now has is that they’ve got to travel on the road yet again and, not only that, but they’re the early game too – could fatigue play a part here? The 49ers are better-rounded than the Saints and their offence has many key elements including a strong running game, the league’s best tight end and talented receivers – can the Vikings really keep a hold on all these whilst putting points up against what could be one of the best defensive teams in the league? I think they’ll keep it close and cover the spread, but the 49ers will win this one.

The leagues rushing leader Derrick Henry carried on his outstanding form as he steamrolled the New England Patriots, thus leading his team to a historic win on the road in Gillette Stadium. Not only did they control the game offensively through the rush game, but they also controlled Tom Brady and his offence magnificently. They now travel to Baltimore, the Super Bowl favorites, and this challenge is going to be a totally different beast. Unlike the Patriots, the Ravens are explosive offensively and Lamar Jackson has put in a campaign that will most likely see him crowned MVP at the end of the season. This will be a battle of who can stop the run game, but with just more options on offence I think the Ravens will win this game. It’ll probably be a tight one so with nearly 10 points being gifted to the Titans, I think you’ve got to take those points.

The Texans put up a good comeback against the Buffalo Bills after they found themselves down 16 points. Deshaun Watson proved what a remarkable QB he is and he should have a good time here against the Chiefs’ defence but, unfortunately for him, I doubt he’ll be on the field that long! The Kansas City Chiefs are coming off a bye week to prepare for this fixture and Andy Reid & Mahomes will be sure to put on a show for their home fans here. The Texans’ defence isn’t amazing and if it wasn’t for a lacklustre Bills offence they could have been whitewashed at home, Mahomes won’t let an opportunity like that to pass him by – once they have the Texans on the rope, they won’t stop putting up points. Pick the Chiefs even with the -9.5.

The Green Bay Packers are the one team that’s flying under the radar in the playoffs and I’ve not seen many critics give them the credit they deserve with it being Matt LaFleur’s first season in charge. The Seahawks do have the tools to beat them on the ground with their 4th ranked rushing attack and that could pose a problem for the Packers but unfortunately for Russell Wilson and the rest of their team, they’ve been hit too hard with injuries. The Packers will win here thanks to a depleted Seattle team and attacking talents like Aaron Jones & Davante Adams should be able to put up big numbers, leading LaFleur to the NFC Championship game.

Where To Bet Our NFL Divisional Round Picks

We are not just proving NFL Picks this week. We make sure we always give you an extra incentive to bet on the NFL and continually bring you the best Sportsbook free bets on the Internet!

Each week we bring you the best introductory offers and promotions as well as any NFL bonuses being promoted.

We won’t leave you without a top NFL free bet all year round.