The Pennsylvania online gambling market is growing fast. At the present time, 12 legal online casinos are live, and MGM’s online gambling brand, BetMGM, is ready to join the market. Unlike local casinos, MGM has more than five years of experience running both online casinos and poker sites. Given the experience and popularity of the BetMGM brand in the gaming space, there is a chance the BetMGM Online Casino Pennsylvania will take some market share in the state once it is live.

MGM is a popular online gambling operator that is already supporting two i-Gaming sites through Borgata in Atlantic City. Even though MGM Resorts International doesn’t own any gambling property in the Keystone State, they found a way to enter the Pennsylvania online gambling market as a Qualified Gambling Entity (QGE). 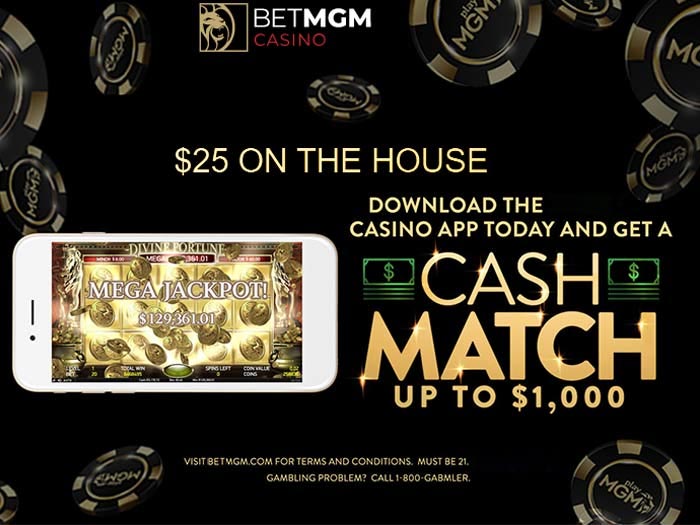 Since not all of the casinos in Pennsylvania applied for online gaming licenses, the Pennsylvania Gaming Control Board (PGCB) opened up the process to companies outside of the State. Meaning, legal & licensed casino operators in other states can apply to be a qualified gaming entity.

MGM Resorts took advantage of the opportunity and got approval from PGCB as QGE. However, approval for a casino license is pending.

All i-Gaming sites which are already operating in the state are attached to the state’s casinos. Being a new operator to the state, MGM’s application is taking more time to get approval from the Pennsylvania Gaming Control Board.

We expect MGM to bring its online gambling brand (BetMGM) to Pennsylvania very soon. Once it goes live, Keystone payers will have access to all BetMGM online casino games including online slots, table games, and a virtual poker room.

Premium online gaming company, GVC powers the BetMGM platform in New Jersey. We can expect that relationship to carry over to the Pennsylvania market. Like NJ players, the Keystone State players can take advantage of BetMGM casino free money and deposit bonus.

MGM expansion in the US

MGM is a well-known brand in the iGaming market. There are six casinos bearing its name in the US and three abroad. In addition, it owns several more that operate under other names. MGM brand involved in the US online casinos since 2013, when its top-grossing property, Borgata, made its online gambling site go live in New Jersey.

In 2016, MGM made a partnership with Boyd Gaming, leaving it with full control of the casino. It decided to capitalize on its strong brand name, launching PlayMGM alongside Borgata’s other online sites in 2017. MGM made a multi-year partnership with GVC Holding.

Along with the change in branding to BetMGM, MGM created a new company, Roar Digital, as a joint investment with GVC in 2019.

Under the license of Greenbrier Resort, BetMGM launched its online casino platform in West Virginia on Aug. 27, 2020.

Meanwhile, MGM’s retail presence and online sportsbooks currently operate in several states. Its future plans extend to 19 states, which between them contain about half the US population. At the present time, BetMGM online sportsbook is available in New Jersey, West Virginia, Indiana, and Colorado.

Italian, born in 1961. A manager with a passion for gambling who launched Challenge Casino in 1999, one of the first legal online casinos in North America and Poker Killer in 2007, a famous online poker room in Europe. He has extensive OTO business management experience and is a master of winning strategies for Blackjack and Poker. He loves his children and likes powerful engines, Italian cuisine, and American culture. Always closely following the world of the US online world of gambling and betting, he co-founded Gambler Saloon in 2018. He believes that "the best is the worst enemy of good" and that Online Live Casino and e-Sports will be the future.

888 and Sports Illustrated announce SI Sportsbook Launch in the US

888 and Sports Illustrated announce SI Sportsbook Launch in the US