What Are Daily Fantasy Sports? 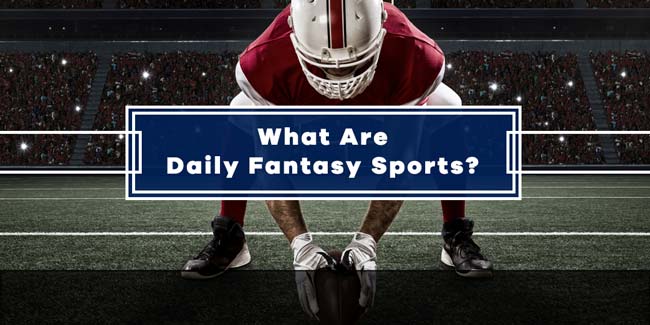 Daily Fantasy Sports (DFS) are fast becoming one of the most innovative ways to gamble on the planet and is hugely popular with punters right across the US. A number of companies are now appearing offering DFS with a large number of sports available to play. Which of course begs the question, what are Daily Fantasy Sports?

What Are Daily Fantasy Sports?

Fantasy Football has been around since the 1980s and is a game that puts players against each other in a league.

Players must complete a draft of real life players and you will be given points based upon how they perform each week.

Daily Fantasy Sports however a different type of gameplay. Firstly, it operates with thousands of other players online compared to traditional fantasy sports played in a much smaller league, usually of friends or colleagues.

Secondly, with Daily Fantasy Sports you don’t have to wait an entire season to uncover a winner, instead winners are picked daily, with potentially millions of dollars in the pot.

Companies such as Fanduel have millions of players, all of whom place a couple of dollars in the pot to join the league.

Today, Daily Fantasy Sports can be played across a wide range of sports, with Fantasy eSports now possible to play in some cases.

Daily Fantasy Sports, unlike many forms of gambling in many states, is completely legal for players of the age of 18, however it has been banned in three states – Washington, Iowa and Arizona.

The industry today is now worth over $1billion and continues to grow. It’s a real empire and 2019 is going to see it increase only further.

What Sports Can You Play Daily Fantasy Sports?

The market leaders in Daily Fantasy Sports offer a huge range of sports to play these days, all of which have bumper payouts each and every day.

The most popular is naturally football, which has made the transition from traditional fantasy football superbly and is now played by thousands.

Below you’ll find a list of games in which can be played on Daily Fantasy Sports:

As fantasy sports continues to grow, that list is only going to continue with the likes of League of Legends and CS:Go still taking the world by storm.

Across every sport, it’s usually only the top league in which you are able to play Daily Fantasy Sports, so I’m the case of soccer that would be the MLS or Premier League in England.

There are only a couple of sites which currently offer Daily Fantasy Sports, with DraftKings and Fanduel being the two major players.

Combined both are worth in the billions and have millions of players each and every day.

DraftKings have been around since 2012 and offers a number of different games including Step contests, Multipliers and 50/50 contests, all offering varying degrees of payout for winners.

Both DraftKings and Fanduel are available to download as smartphone apps as well as on desktop and it would take some doing for any competition to surpass them.

There will be more and more sites offering Daily Fantasy Sports as it continues to grow, and we’ll make sure we always bring you the very best places to play here at Gambler Saloon!