The 2021 College Football National Championship game is here, and BetMGM is ready with its best promotion in the market. All you need to do is sign up to BetMGM sportsbook and place a $1 bet on either Ohio State Buckeyes or Alabama Crimson Tide to win. If either of them scores a touchdown, you will win $100 in free bets.

This promotion is applicable to new BetMGM customers who are at least 21 years of age and present within the state borders of Colorado, Indiana, Iowa, New Jersey, Tennessee, or West Virginia. 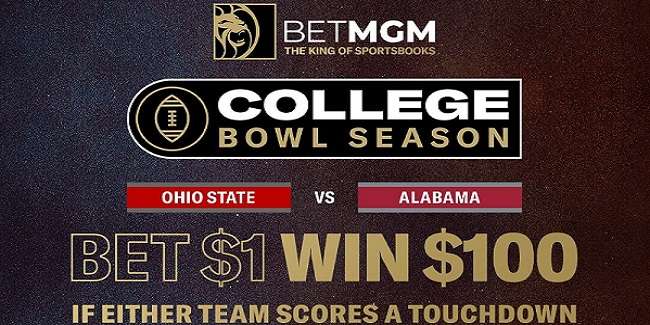 To participate in this promotion, you must be a new BetMGM member. Creating an account is simple, follow these steps to place your wager and win $100 in free bets:

If you win, BetMGM will credit the $100 into your account after the match end. You can use the free bets to place sports wagers on BetMGM.

The No. 3 Ohio State Buckeyes and the top-ranked Alabama Crimson Tide meet in the College Football Playoff Championship Game on Monday 1/11 at 8 p.m. E.T. in Miami, Florida.

The best part is you can watch the event live, cheer your favorite team, and win $100 just by placing a $1 wager on BetMGM. In fact, it doesn’t matter who wins the National Championship Game. All you need is either of the team to score a touchdown. 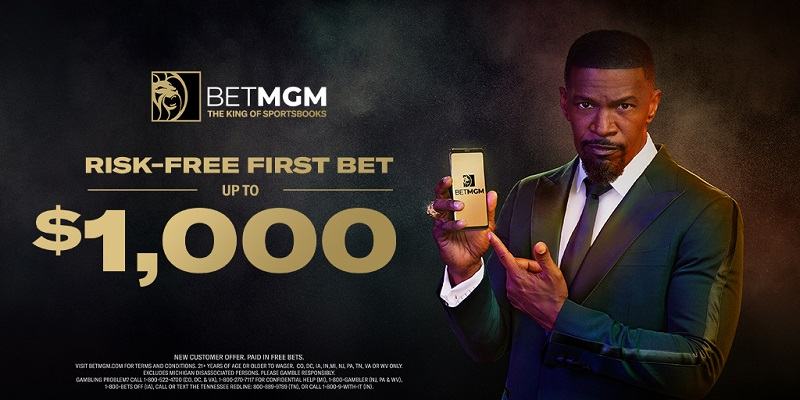 BetMGM became one of the top sportsbook operators in the US because of its easy-to-navigate mobile app and a robust menu of betting options. Bettors can place wagers 24/7 on a variety of sports and leagues. Such as golf, soccer, Tennis, UFC, NBA, NHL, NFL, MLB, and many more.

The sportsbook comes with special features such as early cashout, live in-game wagering, one game parlay builder, and boosted parlays. For new customers, the BetMGM sportsbook offers a 100% deposit match up to $500.